We are delighted to announce the Henry Mayer Lecturer for the ANZCA 2022 conference (22-25 November 2022, University of Wollongong): 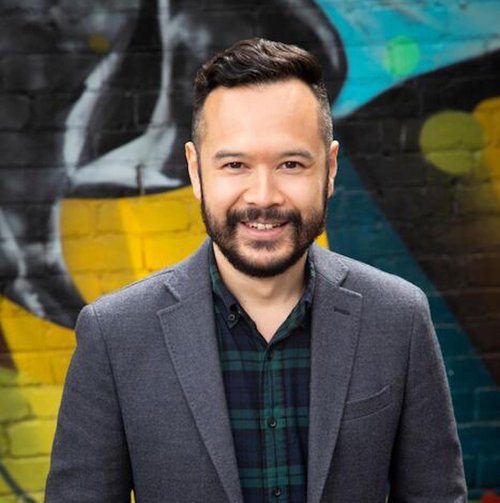 Jason Om is an award-winning television reporter and presenter with the ABC’s 7.30 program, and author of his memoir All Mixed Up. In 2021, Jason won the Media Diversity Australia Award at the Mid-Year Walkleys, and in 2022, the media accolade at the LGBTQ Honour Awards. He’ll be talking about diversity in the news industry and his own struggle to find a place in the Australian media.

He will also be speaking about his book All Mixed Up (ABC Books/HarperCollins Australia) a powerful story about growing up in a multiracial, multi-faith family, being gay and Asian, rediscovering love, and finding resilience. In 2017, Jason attracted widespread praise for his personal story about his Cambodian dad’s sixteen-year struggle to accept him as gay. The article and TV piece ran Australia-wide, attracting a million views. Viewers were moved to tears, and the story earned Jason a nomination in the 2018 LGBTQ Honour Awards.

Previously, he’s been a news presenter on the ABC News Channel and a reporter for ABC News Breakfast, ABC Life, Lateline and ABC Radio. He began his career as a cadet at SBS.

We will be sharing more details about Jason’s lecture very soon, but in the meantime, you can keep up with our conference planning and announcements via the conference website and Twitter page.

Support vital research, postgraduate programs, and other ANZCA projects by donating*.
*Donations are always welcome but are no longer tax-deductible.